On April 6, 2022, Gran Sasso National Laboratory (Italy) and Lawrence Berkeley National Laboratory (USA) held a press conference to announce the latest progress in the study of the singular properties of Neutrinos by Neutrinoless double-beta decay in the international cooperation experiment (CUORE: Cryogenic Underground Observatory for Rare Events). The CUORE commands intense experimental scrutiny to the Majorana nature of neutrinos, and the latest results were published in Nature online (www.nature.com/articles/s41586-022-04497-4). Han Ke, Associate Professor in School of Physics and Astronomy of SJTU, has joined in the CUORE experiment since 2009 as a physics coordinator and led data analysis of CUORE-0. In 2016, he joined the collaborative group on behalf of SJTU. Currently, his main interests are the study of heat conduction model of crystal calorimeter and the application of new temperature sensors.

CUORE is an experiment in which scientists study the properties of ghost-like neutrinos by using crystals at extremely low temperatures in the deep underground to find the secrets of the origin of the universe. The experiment is located underground at the Laboratori Nazionali del Gran Sasso (LNGS), Italy, more than 1500 meters below the highest main peak of the Apennines in central Italy. The laboratory is part of the National Institute for Nuclear Physics (INFN) in Italy and is one of the largest underground laboratories in the world. The 1500-meter rock shielding on the lab attenuates the intensity of cosmic rays by a factor of 1 million, which gives a low-background experimental environment to search for extreme rare events. The CUORE experiment aims to search for Neutrinoless double-beta decay, and verify the Majorana nature of neutrinos, that is, to investigate whether neutrinos are their own anti-particles, which is one of the major scientific questions in Particle Physics and Nuclear Physics. It is possible to help scientists answer why there is much more positive matter than antimatter in the universe, which is one of the fundamental reasons for the existence of human beings in the universe.

The CUORE experiment searches the possible 0νββ decay (neutrinoless double beta decay, 0νDβD) through 206 kg of very-high-purity 130Te crystals. 0νDβD is the only viable way to explore the Majorana nature of neutrinos in labs on Earth, and even if this rare process occurs, the half-life of this decay is at least 10 thousand trillion times longer than the lifetime of the universe. If 0νDβD occurs, it will give the absolute mass of Majorana neutrinos and thus conclusive evidence for new physics beyond the standard model of Particle Physics. Since no neutrinos are emitted through this process, it will also directly break the Law of Conservation of Lepton Number in the standard model. 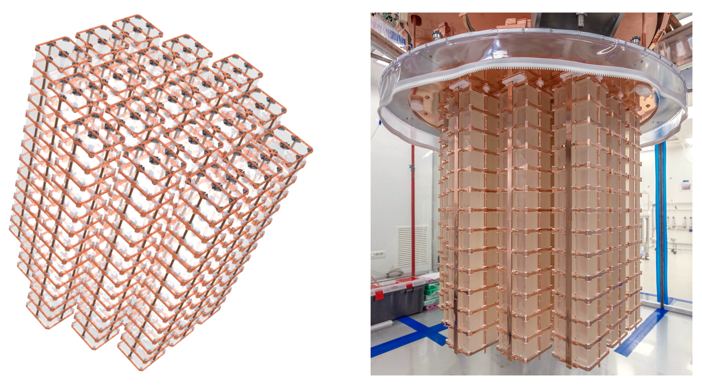 The CUORE detector in Italy

The CUORE detector is arranged as 19 crystal towers of extremely high purity TeO2, each comprised of 13 floors containing four crystals, namely 988 natTeO2 cubic crystals with a total mass of 741 kg. Apart from that, the CUORE cryostat—a novel cryogenic infrastructure—has been designed and built to ensure the 19 crystal towers are cooled to near absolute zero (10mK). The cryostat was commissioned in September 2014 and successfully cooled a volume of one cubic meter to 6mK, creating the coldest cubic meter in the universe. The TeO2 crystal near absolute zero is a calorimetric detector with extremely high sensitivity, and the experiment measures the energy released by a single nuclear decay through extremely small temperature variations (μK) of the TeO2 crystal.

This latest result released by the CUORE Collaboration is the first tonne-scale multiply-year cumulative data from the CUORE experiment. The current results do not observe 0νDβD, but give the tightest limits on the half-life of 130Te 0νDβD and the masses of Majorana neutrino. From the current results, even if there is 0νDβD, CUORE's sensitivity may not be enough to detect it. CUORE experiment improved the crystal calorimeter detection technology, and especially established the foundation for the next generation of higher resolution experiments. Actually, CUPID (CUORE Upgrade with Particle Identification), an upgraded version of the CUORE, is already in operation. The detection sensitivity of CUPID will be about 10 times higher than that of CUORE, which will bring hope to the study of Majorana nature of neutrinos. 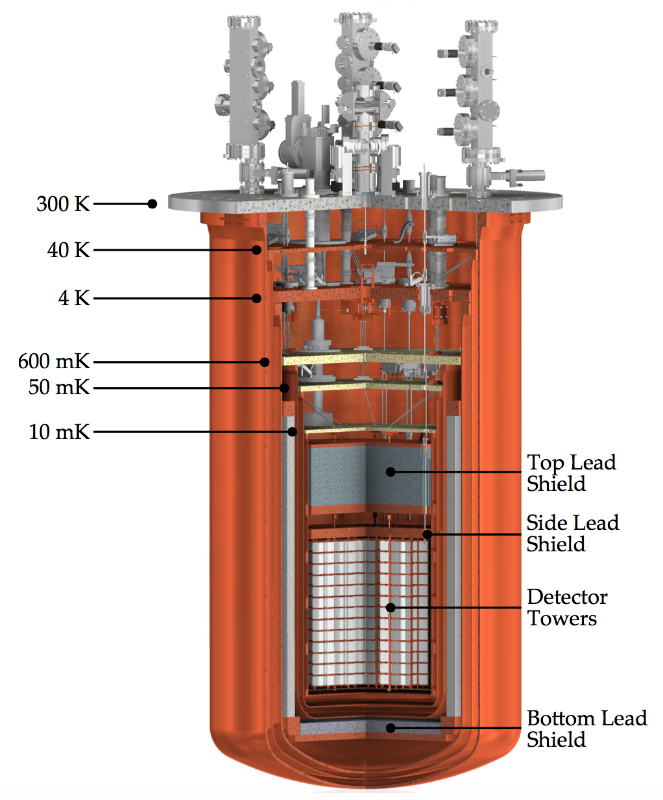 CUORE collaboration consists of more than 100 scientists from Italy, USA, China, Spain, France and other countries, with Chinese participants Fudan University and Shanghai Jiao Tong University. Academician Ma Yugang’s team at the Institute of Modern Physics, Fudan University, is one of the members of this international collaborative experiment. His team joined the CUORE collaboration back in 2006 and undertook the high-precision testing of sample purity of the main detector materials Te and TeO2 powder as well as solvent materials such as nitric acid and hydrochloric acid. He subsequently participated in the on-site installation and commissioning of the CUORE-0 and CUORE experiments, and is currently engaged in the daily operation of the experiment annually. 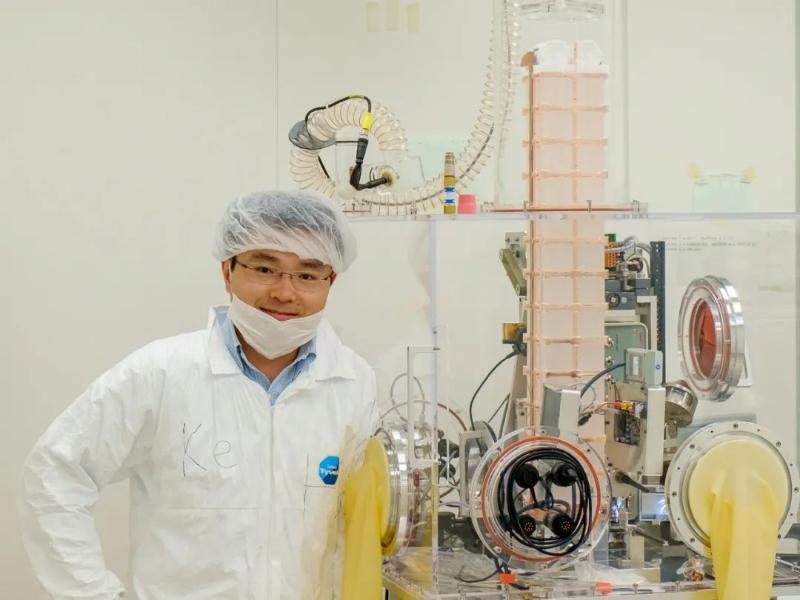 At present, China is also actively promoting the neutrinoless double beta decay (0nDBD) experiment. Supported by the 13th Five-Year Plan National Major Science and Technology Infrastructure of China Jinping Underground Laboratory, China is now developing various experimental solutions including high-purity germanium, crystal calorimeter, high-pressure gas and liquid time projection chamber, etc. The CUPID-China Collaboration, led by Fudan University, has been established in cooperation with Tsinghua University, Beijing Normal University, University of Science and Technology of China and Shanghai Jiao Tong University to develop a new generation of low-temperature crystal calorimeter experiments based on the 100Mo isotope, and to develop lithium molybdate (Li2MoO4) scintillation crystal detectors for neutrinoless double beta decay experiments. The experiment promoted by CUPID-China employs a new generation of photothermal double readout technology with much higher sensitivity than the CUORE experiment, and will take advantage of China’s strengths in crystal growth technology to carry out neutrinoless double beta decay experimental detection at the Jinping laboratory. The advancement of the experiment will help to promote China’s fundamental frontier research in areas such as the fundamental properties of neutrinos, symmetry of matter-antimatter and the origin of the universe.