On April 24, 2022, the 18th China Post-Graduate Mathematical Contest in Modeling came to a successful conclusion. After the scoring and voting by the judges and the audience, the team consisting of Fan Xiaoyu, Jiao Guanglei and Kong Zhengjiao, graduate students of the Department of Industrial Engineering and Management at School of Mechanical Engineering, finally won the third runner-up of "Star of Mathematical Modeling" representing Shanghai Jiao Tong University, which is the best result achieved by Shanghai Jiao Tong University in the China Post-Graduate Mathematical Contest in Modeling.

The airline crew scheduling optimization problem completed by the team is to arrange crew members for each flight under the premise of considering the attributes of multi-base and multi-class personnel, so as to meet the take-off conditions of all flights as much as possible and minimize the cost of personnel. The team modeled the combinatorial optimization problem as a mixed integer programming model, narrowed the search space by designing loop construction method and pruning rules. They finally got a better solution to the problem quickly.

China Post-Graduate Mathematical Contest in Modeling is the largest and most widely participated national-level competition among the "China Post-Graduate Innovative Practice Series Competitions". This competition was hosted by South China University of Technology. A total of 20,525 teams of postgraduate students from 535 postgraduate training units across the country participated in the competition. After more than two months of online review, conference review, and final review by the Organizing Committee, 12 teams were selected for the "Star of Mathematical Modeling" nomination award, and the top three were selected for the "Star of Mathematical Modeling" Award. 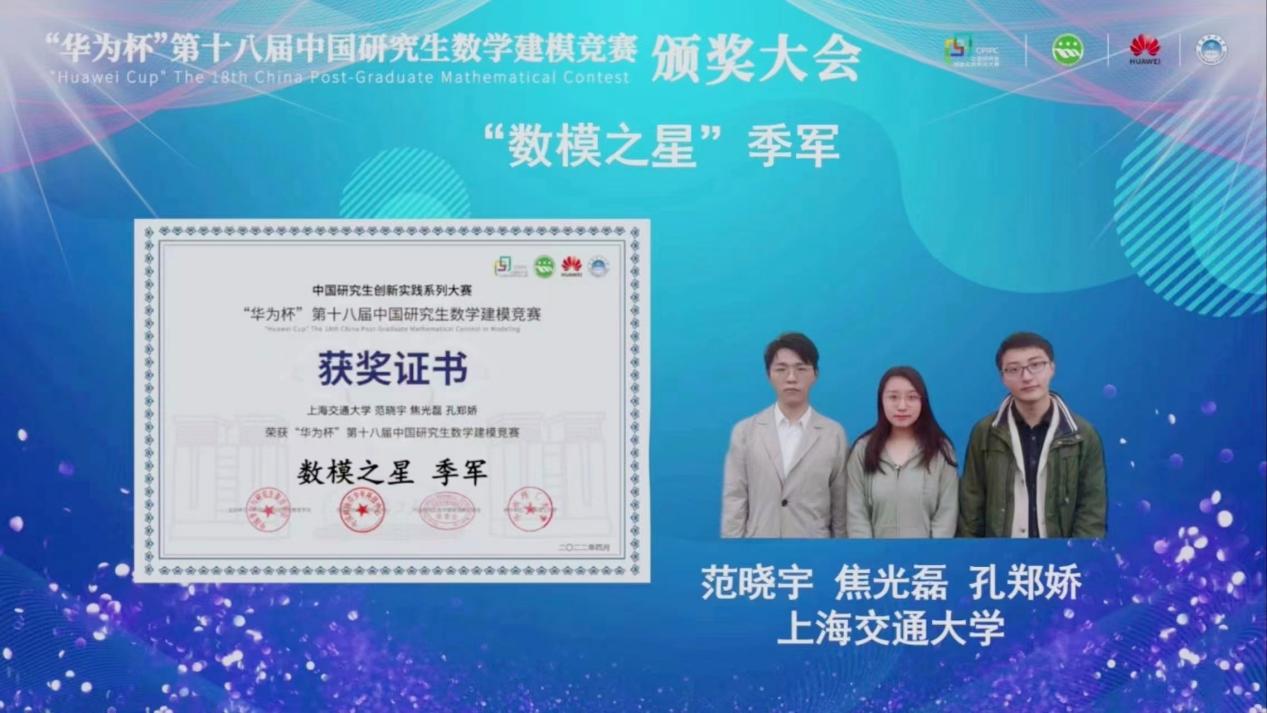