Recently, the top academic journal Nature published the research results of Professor Cewu Lu 's team from the School of Electronic Information and Electrical Engineering (SEIEE) and collaborators in behavior understanding (Cortical Ensembles Orchestrate Social Competition through Hypothalamic Outputs). The two co-corresponding authors of the paper are Professor Cewu Lu and Professor Kay M. Tye from Salk Institute for Biological Studies. This is another progress after a series of AI for Science such as Alphafold in recent years.

Based on computer vision technology, this achievement quantitatively explained the intrinsic relationship between visual behavior understanding and brain neurons signal, established the stable mapping model for the first time, and formed a new research paradigm for computer vision behavior analysis to analyze behavioral neural circuit. Based on the machine learning model, the joint team deeply analyzed the neural control mechanism of "Social Hierarchy" behavior (for example, low-ranking mice will give priority to high-ranking mice for food, and the low-ranking mice will show obedience behavior). Social hierarchy behavioral neural control mechanism has always been an important issue in the academic world. How mammals judge the status of other individuals and their own social groups? What is the neural control mechanism behind it? In large-scale group competition videos of mice, we located the "social hierarchy" behavior, recorded the brain activity state of social hierarchy behavior at the same time, and deeply analyzed the formation mechanism of social hierarchy behavior in the brain. It was found that the medial prefrontal cortex-lateral hypothalamus (mPFC-LH) circuit has the function of controlling social hierarchy behavior, which had been confirmed by rigorous biological experiments. This research forms a new research paradigm for discovering neural circuits of unknown behavioral functions based on machine vision learning. 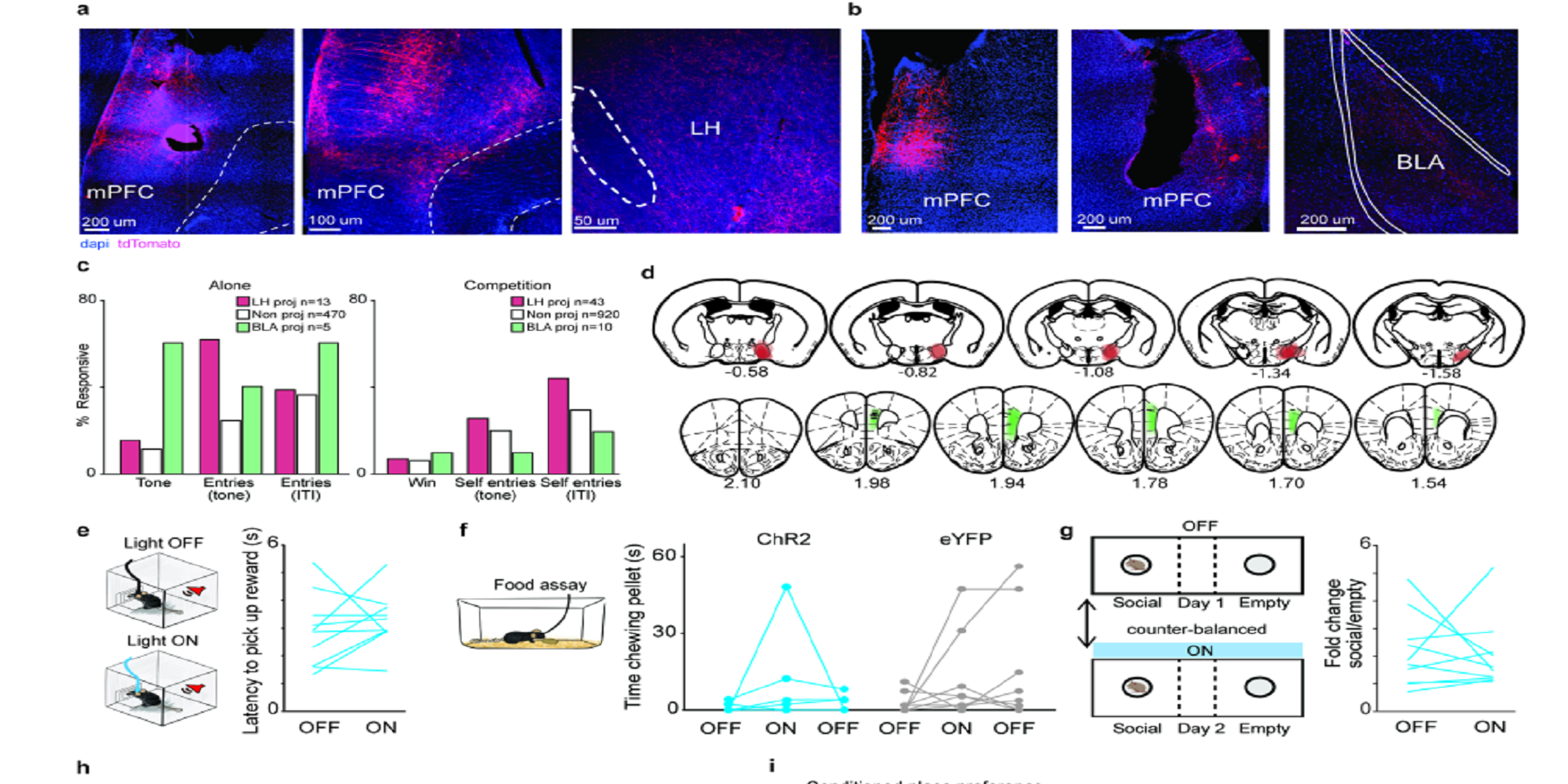 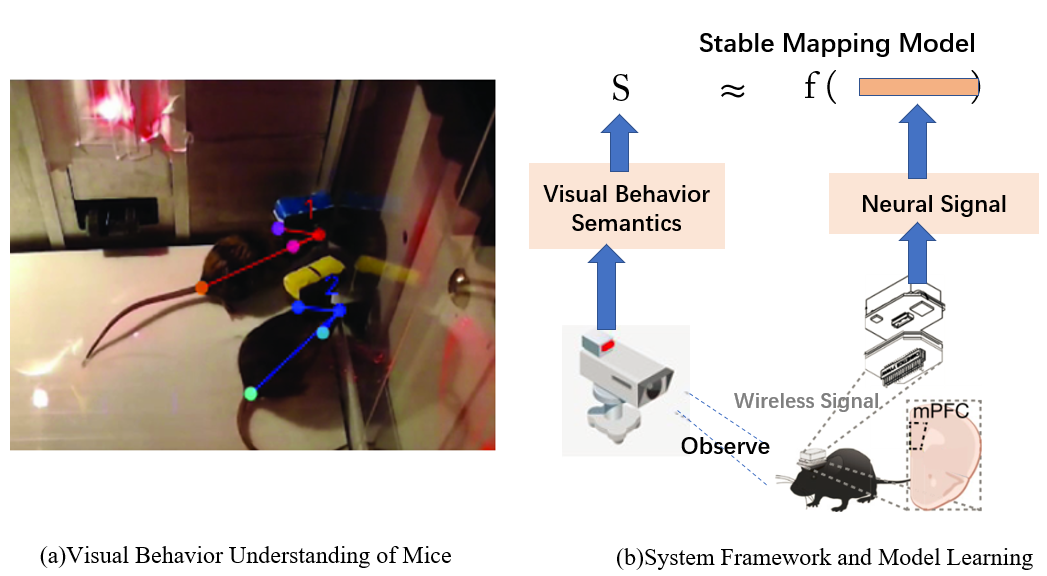 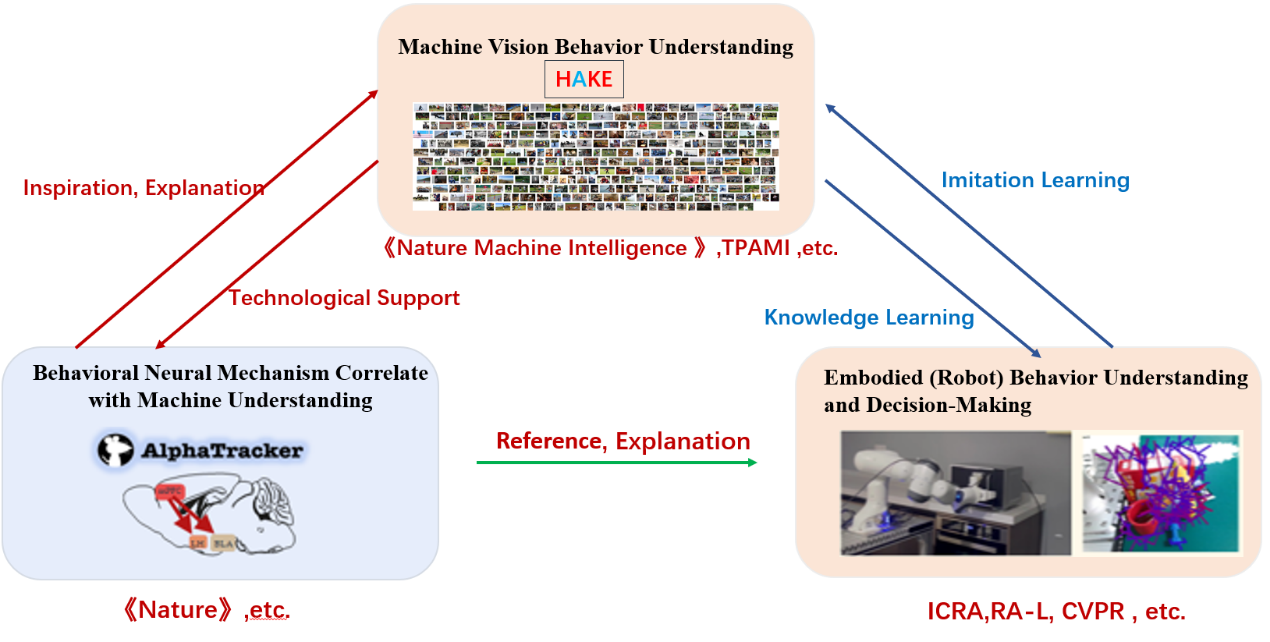