"Sparkle Ⅰ" is the first space bio-payload project led and developed by a private enterprise Rocket π in China. 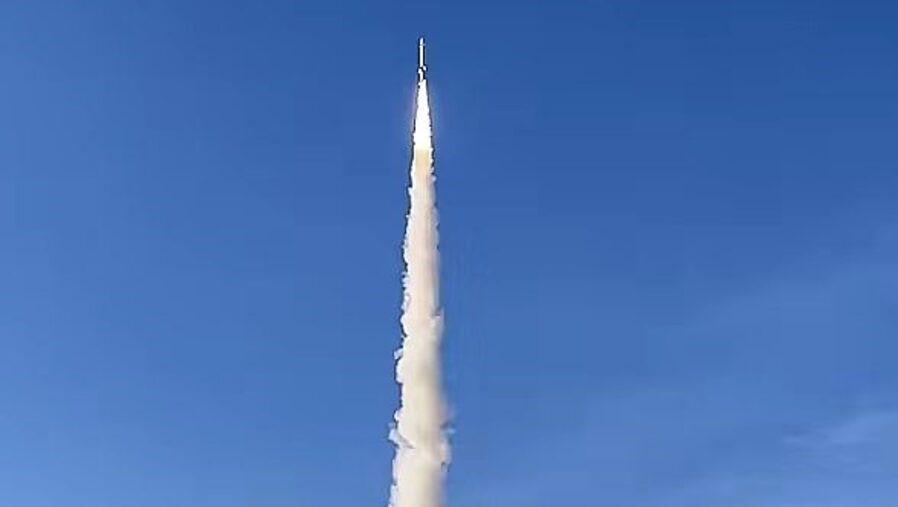 At 14:30 on December 17, 2021, the "Huayi Ⅰ" rocket carrying 0.03 microliters of mouse adipose-derived stem cells was successfully launched in Inner Mongolia. Satellite telemetry was normal and the "Sparkle- Ⅰ" payload was working normally, marking the start of China's commercial bio-space journey.

"Sparkle Ⅰ" is a space biological experimental technology verification payload, led by Rocket π (Beijing) Aerospace Science and Technology Co., Ltd., and developed in cooperation with Shanghai Jiaotong University and Ruijin Hospital. It is China's first biological aerospace payload funded by a private enterprise. After flying in suborbital space for a period of time, this load carrying the "fire" of life will send data such as temperature, humidity, pressure of the cell culture chamber and the attitude of the satellite back to the ground, providing information of the space environment for commercial biological aerospace development. 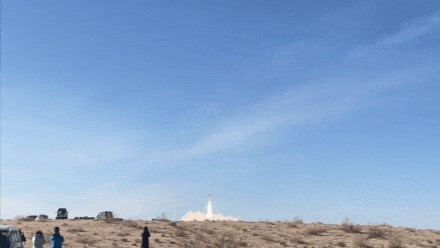 The "Huayi Ⅰ" rocket was launched into space in Inner Mongolia.

The Rocket π Company established last year aimed at the field of biological aerospace. Min Changning, the chief engineer of the Rocket πl who was a former member of the Standing Committee of the Science and Technology Committee of China Aerospace Science and Technology Corporation and the chief engineer of satellite engineering, introduced that bio-aerospace is to carry out research on life sciences and biomedicine in space. Using the special environment of space microgravity, occasional gamma rays and other cosmic rays, it is possible to obtain experimental results that are difficult to obtain on the ground.

For example, the American biopharmaceutical giant Amgen used an animal culture module to test three drugs under research, osteoprotegerin, myostatin, and sclerostin antibodies in mice in a microgravity environment in space, and developed "Disulumab", used to treat osteoporosis and giant cell tumor of bone. For another example, Merck has carried out multiple monoclonal antibody crystal experiments on the International Space Station and obtained a uniform crystal suspension using a microgravity environment. It has developed "pembrolizumab", a broad-spectrum anti-tumor drug that can treat more than ten kinds of tumors such as melanoma, non-small cell lung cancer, and kidney cancer. 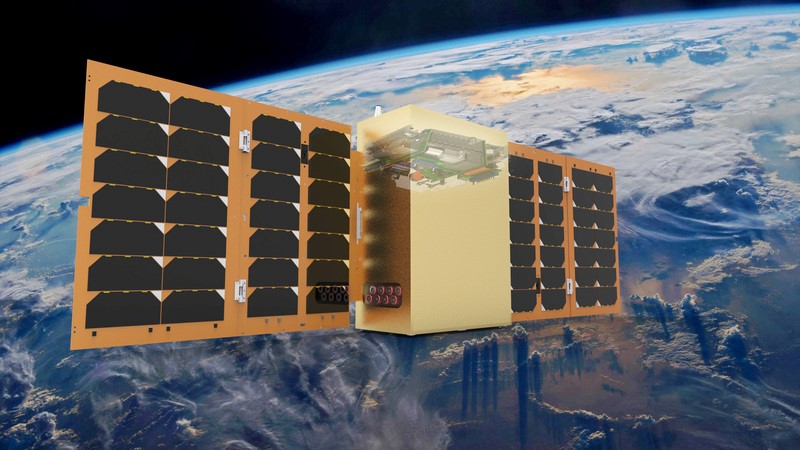 Biological payload satellites can carry out biological experiments in space.

Promising to crack the problem of stem cell therapy

This private company develops launch vehicles and biological satellites in Beijing and biological payloads in Shanghai. The biological payload research and development team is led by Yan Weixin, an associate researcher at the School of Mechanical Engineering of Shanghai Jiaotong University. He led the "Sparkle Ⅰ" designer Yin Xiaoyu and other team members to design a space biological experimental technology verification payload.

This load is very small, with a volume of only 10 cm long, 10 cm wide, and 11 cm high. It is composed of cell culture chambers, environmental monitoring sensors, control boards, and communication interfaces. As the space mission was aimed at technical verification, only 0.03 microliters of mouse adipose stem cells were perfused into the culture cavity. What is the living environment of these stem cells in space? The environmental monitoring sensor collects data such as temperature, humidity, pressure, satellite flight attitude and acceleration of the cell culture chamber, and transmits the data to the satellite communication module, which then transmits it back to the ground via radio waves. 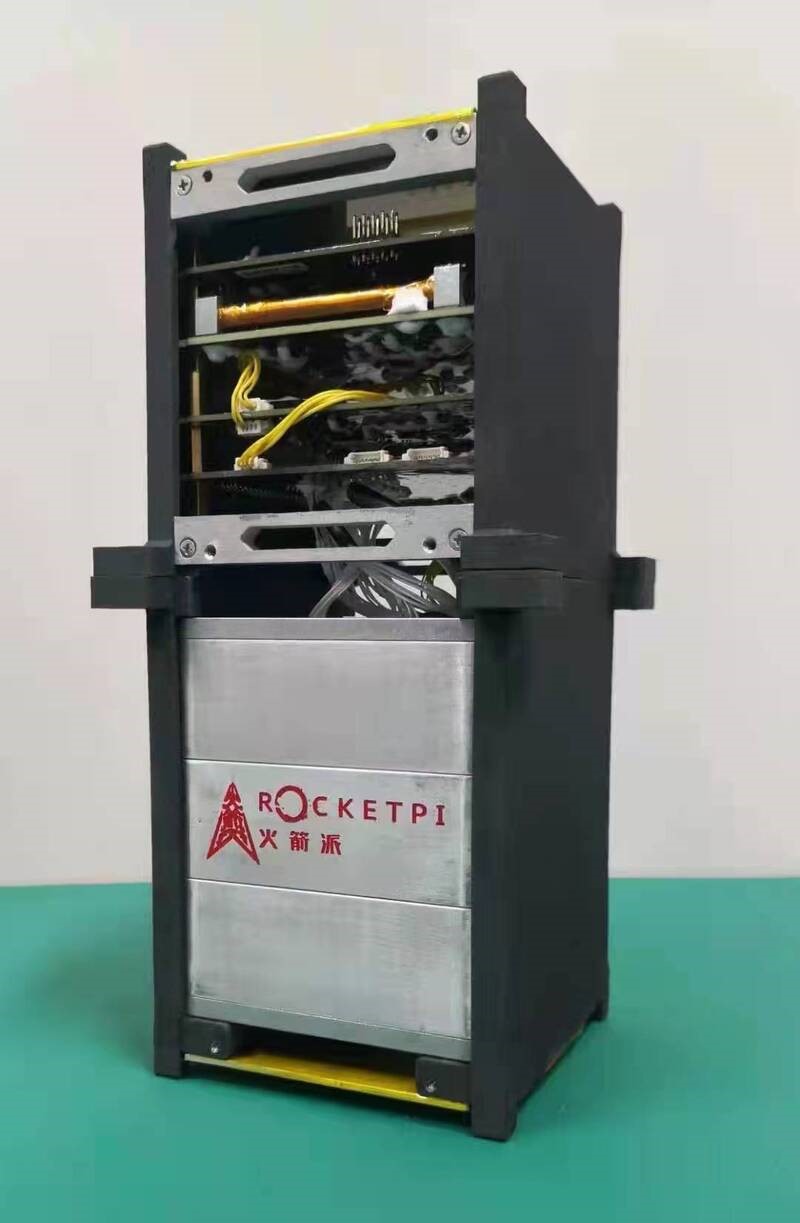 Why send mouse fat stem cells into space? Wang Lei, chief Physician Deputy director of the Department of Orthopedics Administration of Ruijin Hospital and chairman of the Shanghai Medical Association Sports Medicine Branch, gave the answer. At present, domestic stem cell therapy is still in the scientific research stage, and there are many difficulties in its clinical application, including how to maintain the differentiation and stemness of stem cells, and how to make the differentiation of stem cells targeted. The microgravity and occasional gamma-ray environment of space is expected to help scientists solve these problems. He said, "In the field of sports medicine, we need to study the differentiation trend of mouse adipose stem cells in space and their inducing factors, and see if they will differentiate into cell types related to tissue repair, such as chondrocytes and tendon cells, which are difficult to regenerate. Somatic cells. This kind of basic research is very important to the development of tissue repair technology."

The scientific research team of Ruijin Hospital intends to use cell staining and other technical methods to observe the differentiation trend of mouse adipose stem cells in space. However, the "Sparkle I" has not been able to achieve this. Its mission is to map the environment for cellular space travel.

Yan Weixin revealed that he is leading the team to develop biological payloads for cell morphology and molecular biology research. The specific design work of the cell morphology experimental load is about to be completed. It is planned to complete the equipment debugging in the first half of next year and launch in June to July next year. The molecular biology experimental load is expected to complete the equipment debugging in the second half of next year, and it will be launched at the end of next year or early 2023.

Around March next year, the Rockets will release open source information on cell morphology experimental loads, and invite domestic and foreign universities, scientific research institutions and companies to apply for cell morphology research projects. The selected project team can let the "Sparkle II" fly into space carrying the cell samples they want to study. " Sparkle II" uses microfluidic chip technology to integrate the operation units of sample preparation, reaction, separation, and detection in life science experiments on a micron-scale chip to automatically complete the entire analysis process. With the support of this "high concentration" technology, " Sparkle II" is expected to provide platform services such as cell culture, staining, micro-scanning, and metabolite analysis for 8 experiments, and transfer experimental data back to the earth.

"After the cell morphology experimental load comes out, we can study the differentiation mechanism of mouse stem cells in space, and with the help of the major national scientific and technological infrastructure of translational medicine in Ruijin Hospital, we will strive to transform the research results into clinical treatment technologies." Wang Lei said expectantly. 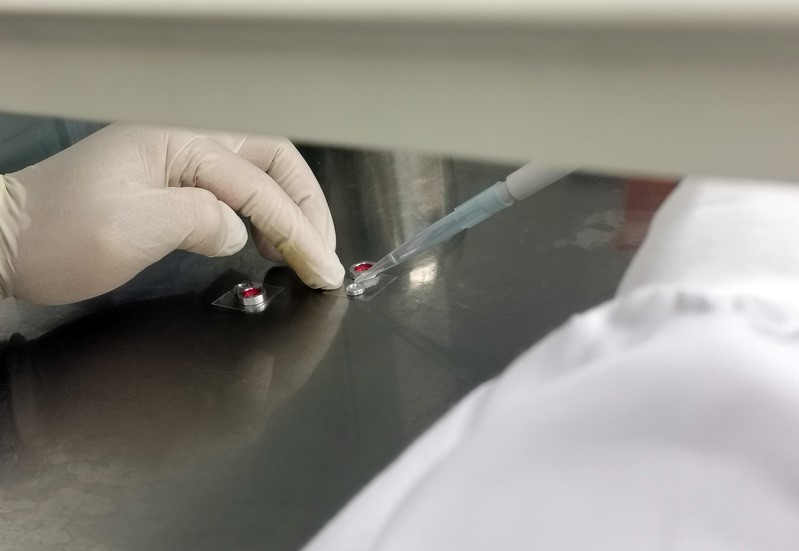 The "Sparkle III" molecular biology experiment payload is also under development. It can provide platform services such as PCR (polymerase chain reaction) nucleic acid extraction, reaction and detection, and combined with the cell morphology experiment payload, it can integrate gene sequences and cell images. Wait for the data to be sent to the research team.

The drug regulatory department has paid attention to space pharmaceuticals

Since it is a commercial aerospace, it is necessary to talk about the business model. Min Changning said that the Rockets are developing liquid launch vehicles and returnable satellites. After successful research and development, there is no need to rent rockets and satellites, thereby greatly reducing launch costs. In terms of biological payloads, advanced technologies such as microfluidic chips allow the payload to carry more biological samples, and each launch can provide experimental platform services for multiple institutions. It is estimated that the company's future fees from experimental institutions can cover the research and development costs of rockets, satellites, payloads, etc., and obtain greater profit margins.

Regarding the new format of commercial bio-aerospace, the Shanghai Drug Evaluatio Since it is a commercial aerospace, it is necessary to talk about the business model. Min Changning said that the Rockets are developing liquid launch vehicles and returnable satellites. After successful research and development, there is no need to rent rockets and satellites, thereby greatly reducing launch costs. In terms of biological payloads, advanced technologies such as microfluidic chips allow the payload to carry more biological samples, and each launch can provide experimental platform services for multiple institutions. It is estimated that the company's future fees from experimental institutions can cover the research and development costs of rockets, satellites, payloads, etc., and obtain greater profit margins.n and Verification Center has stepped in ahead of schedule, and the staff of the center have communicated with researchers from Shanghai Jiaotong University and Ruijin Hospital. As a subordinate unit of the Municipal Drug Administration, Shanghai Drug Evaluation and Inspection Center pays attention to space pharmaceuticals. In the future, if some domestic new drug research and development experiments are conducted in space, how will the drug regulatory authorities implement effective supervision? Are relevant laws and regulations to be revised? The staff of the center said that these issues are worth studying, and they will maintain communication with biological and aerospace researchers.

Zhuang Fengyuan, an academician of the International Academy of Astronautics, believes that commercial bio-aerospace needs further support from relevant national and local authorities. At present, domestic private enterprises can launch rockets and satellites, but there are still policy obstacles to the atmospheric reentry of reversible satellites. In order for private enterprises to develop space pharmaceutical services, they must launch reversible biological satellites in order to bring experimental samples back to the earth. To this end, he suggested that the country introduce policies that allow biological satellites to re-enter the atmosphere and appropriately simplify the approval process for space launch sites to provide policy and launch support for commercial aerospace biological payloads. He also suggested that the country should concentrate the strengths of many universities and scientific research institutes to establish space life science laboratories in science and innovation centers such as Beijing or Shanghai. Space life science is a multidisciplinary field that requires cross-border cooperation between experts in machinery, aerospace, life science, medicine, and pharmacy to provide scientific and technological support for the future development of the industry.